On September 20, 1993, the Greater Buffalo Gymnastics Center opened its doors to the Amherst community and surrounding areas. After years of overcoming obstacles, a now triumphant Hirsch Family continues to appreciate the reality of their dreams. The Beginnings: A Family

Torey Hirsch and Sharon DePeters met in an 8th-grade gymnastics talent show at Heim Middle School and the two have been involved in the sport ever since. They have a combined total of over 90 years experience. Throughout high school, they competed for Williamsville North. Although they attended separate colleges, they never lost touch or their love for the sport. Sharon graduated from Canisius College and Sisters Hospital School of Nursing with an RN degree. Torey graduated from Ohio State with a Psychology degree.

After graduation, they returned to Williamsville, NY and married in 1980. They continued to coach gymnastics in the area and their family started with the arrival of son TJ in 1982 and then in 1985, daughter Jacquie. Both Torey and Sharon worked nights at the Buffalo General Hospital in their respective fields, instructed gymnastics during the day, continued to raise a family, and at times, even held additional jobs.

The dream of providing gymnastics instruction and building the self-confidence of children on their own terms was a vision Torey and Sharon had always shared together. After years of searching, they found the perfect spot in Getzville, New York. But the struggle had just begun.

In 1988 after negotiating the land purchase, the first of many proposals was presented to the Town of Amherst planning board. This first one was denied as it was felt that the land parcel was not big enough for their proposed facility and it may also be archeologically sensitive. The Hirsch family battled through the town of Amherst rezoning process, uncooperative weather conditions, clearing acres of property by hand, and multiple other obstacles. However, the battle was eventually won and Torey took on the general contracting himself. With enlisted help of his father, Earl, brother Tracy, and the rest of the family, everyone got down to business and construction ensued.

Over the next 14 years, Greater Buffalo Gymnastics Center developed thousands of student-athletes and produced 9 National Qualifiers, 4 Regional Champions, 29 State Champions, and multiple scholarship recipients. Numerous exhibitions and public appearance requests were performed by the many school-age children and competitive team gymnasts of the Center at Artpark, Buffalo Bisons Baseball, Williamsville Old Home Days, and many more. All this led to Greater Buffalo Gymnastics Center becoming a household name throughout the Western New York Community.

Also, during these first 14 years, the Hirsch children grew up and attended the same high school as their parents. TJ graduated college with a degree in business management from Geneseo State University where he holds 2 school records in diving, was a 3-time state champion, and an NCAA National All-American. Using his degree, he served as project manager for the facility’s $1.7 million-dollar expansion in 2005 and simultaneously started his own company located at the same complex.

Following in her big brother’s footsteps, Jacquie also attended Geneseo State University. She kept up the family’s traditions of college sports and education. Her first year was spent learning the ropes of the diving team from her senior year brother where she placed in the top 5 at the conference championships. She worked at Greater Buffalo whenever she was home from school, teaching classes and running the Pro Shop.

Devastating News: Picking up the Pieces

Jacquie was only 2 months away from finishing her student teaching to receive a degree in Early Childhood Education when she was diagnosed with Acute Lymphocytic Leukemia on September 28, 2007.

The next 11 months and 2 weeks that followed had a profound effect on the family, the gymnastics center and the entire community. With her mother, father, and brother continuously by her side, she endured countless hospital stays at Roswell Park & Memorial Sloan Kettering, several treatments of chemotherapy and radiation, and 2 bone marrow transplants. Sadly, Jacquie was taken from us on September 6, 2008, at the young age of 23, following her battle with this cruel cancer.

Jacquie had big plans for her future that involved the education of children, both in the classroom and at Greater Buffalo. Although she will never have her own classroom, the life lessons she taught will live on in each one of us as we continue to teach children and enrich lives, both at the Gymnastics Center and through The Jacquie Hirsch for A.L.L. Foundation.

Today, The Greater Buffalo Gymnastics Center is now part of a family-friendly complex, unique to New York State. The once thought “too small parcel of land” has grown into a $3+ Million, 5-acre complex with more than 40,500 square feet that serves over 1,000 families each week. Continued expansions and improvements to the complex ensure the most up-to-date instructional settings for all programs. The most recent of which in 2017 added 3,000 square feet to the gymnastics area and included a very special and educational pre-school space.

This complete facility is dedicated to children, education, and health. It provides gymnastics, an adult fitness center, dance instruction, and a full-service childcare and pre-school center.

The Greater Buffalo Gymnastics Center complex was built because of the Hirsch Family’s driving ideals. This specially designed complex allows for activities the whole family can enjoy and a place the whole community can be proud of. These are the principles held by Torey, Sharon, TJ, and Jacquie that opened the doors over 25 years ago.

“Through our Doors Pass Champions.” 1st renovation and the construction of 14,500 sq. ft. new building. Construction of the Center for The Jacquie Hirsch For A.L.L. Foundation

2014 Construction of the Center for The Jacquie Hirsch For A.L.L. Foundation

Introduction of Parents Night Out program

2016 Introduction of Parents Night Out program 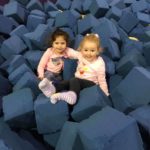 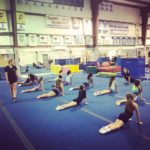 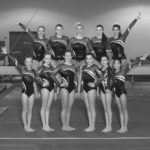 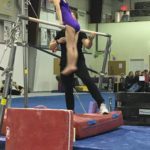 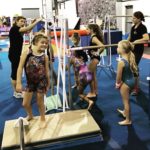 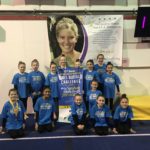 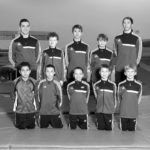 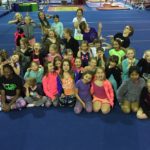 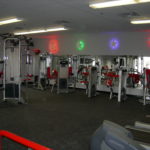 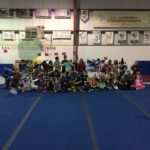